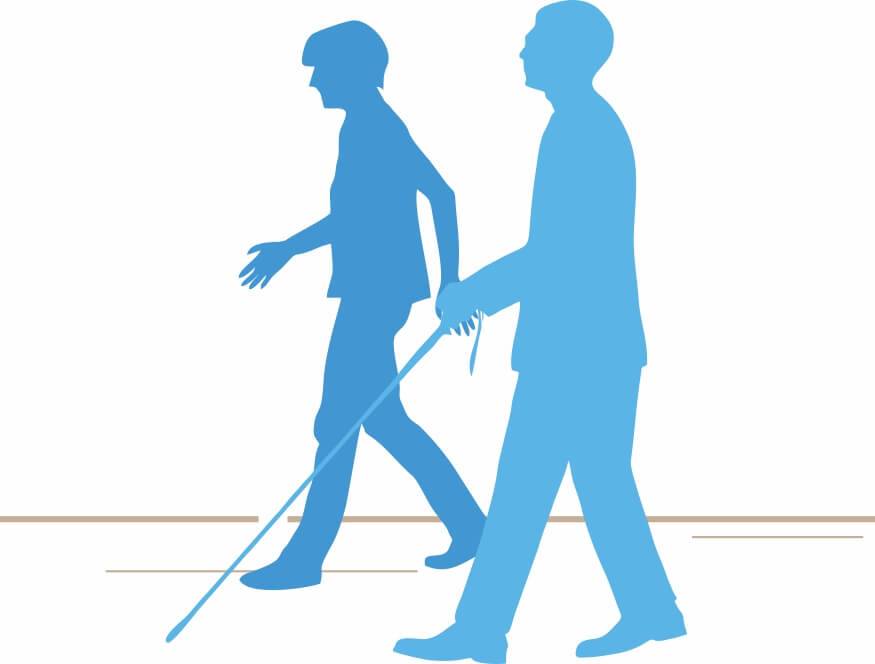 The interface between the Federal Civil Service Commission (FCSC) and the Association of Technology Inclined Visually Impaired Persons of Nigeria (ATIVIPN) commenced at best, from July 12, 2021 via a correspondence, titled ‘’RE: LETTER OF REMINDER: ENGAGEMENT OF PERSONS WITH DISABILITIES’’; from the Office of The Secretary of the Government of the Federation (OSGF), addressed to the Chairman, Federal Civil Service Commission.

2. The focal point of the Letter from the OSGF was to request for employment for 55 visually impaired members of the above stated association.

3. In its response to the OSGF via correspondence of August 16, 2021, The Commission affirmed its readiness to consider the 55 visually impaired persons for recruitment into the Federal Civil Service whenever the embargo on Appointment and Recruitment is lifted.

4. Going forward therefore, it is pertinent to state that the Commission engaged members of the association at an interactive level on two different occasions; in the months of April and June 2022, based on their request for employment/recruitment into the federal civil service.

5. During these interactive forums; the Management of the Commission painstakingly explained to the President of ATIVIPN and its members that the FCSC is willing and ready to implement the extant law/circular addressed to MDAs; granting 5% allocation of employment opportunities into the federal civil service, to people living with disabilities whenever the embargo on employment/ recruitment is lifted.  Also, the management informed the association that the approved 5% allocation for employment will be shared amongst the categories of qualified People Living with Disabilities.

6. Furthermore, during these interactive forums with the above mentioned association, the following explanations were also imputed to them by the FCSC.

7. These are the emphatically factual presentation of government’s process to the ATIVIPN by the Permanent Secretary, Dr. Mary Ogbe, borne out of empathy to their plight on each occasion of their visitations.

8. Hence, The Commission strongly wish to seize this opportunity to debunk the allegations made by members of the association in the Punch publication of Tuesday, June 21, 2022. The Hon. Chairman and Permanent Secretary has zero tolerance for discrimination against people living with disabilities, and would never give instruction to anybody to ‘’brutalise’’ them, since it is their inalienable fundamental right to protest. It is also germane to stress that the interactive forums/engagements explained inter-alia was on the premise of their zero tolerance for discrimination.

When Nigeria gained her independence in 1960 from the British Colonial Authority, the Public Service Commission was entrenched in the constitution of Nigeria to perform the function of appointments, promotion and discipline in the Public Service...